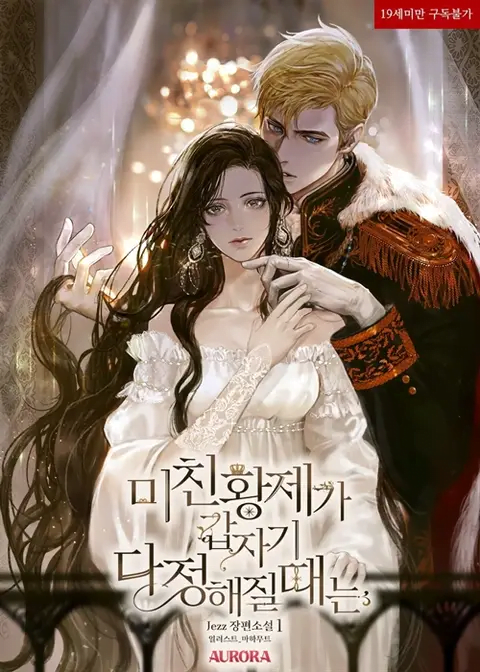 Lucius tied her hands tightly above her head, planting soft kisses along Freya’s neck and shoulders. Freya could no longer relax as his lips brushed against the peak of her chest, which had hardened in excitement. “Oh, this feels weird,” she moaned. His hand slid toward Freya’s exposed belly, and as he reached her most sensitive spot, caressing it gently, Lucius suddenly let out a low groan.

His erect manhood, threatening to spill its evident desire, penetrated her insides at once.

Freya grew up abused in her orphanage. She picked up Ruth, a beautiful boy with blonde hair and green eyes who had fallen down in the yard.

‘Freya, I have only you.’
‘No matter what happens, I won’t let go of your hand.’

But one day, Ruth suddenly disappeared, and that was the last memory she had of him. And three years later, Freya became a servant of the mad prince.

“I will give you the honor of being my servant,” said the prince. However, things began to get strange as Freya is constantly entangled with the prince. She wants to keep distance from him, but her efforts were in vain.

Thank you for the update!!!

Hi, thank you very much for your translation. But I wanted to show you something. From chapter 60 onwards, it is missing, or is disordered. I know it’s boring to talk, but it’s important. Thank you very much in advance for your work. 🥰🥰🥰🥰🥰

I love you all for translating this, but this story is so boring. It said it had smut but the only smut scene was at the very beginning… and now I’m just wondering why I’m putting myself through all these clichés just to read smut. I’m not having a good time tbh, but I did read all of the chapters posted (110 rn) so I will probably continue to read

just… I’m getting antsy, i guess

they are cute couple tbh