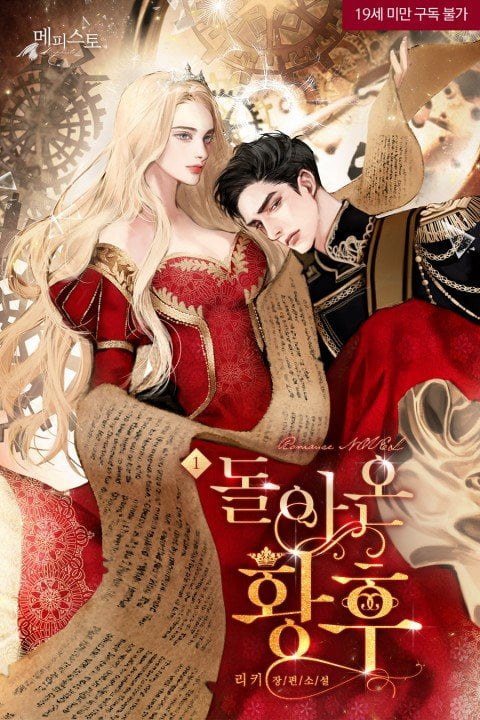 As the Arpen Empire no longer waged war, small countries nearby could finally breathe. But this peace was meant to be shattered, for soon after, envoys were sent to each country, issuing a golden decree to each of the royal family.

“To establish an alliance with the Arpen Empire, each kingdom must send a princess to become a Crown Princess Candidate. The princesses will undergo six months of training to divide them into those who have potential to become empress and those who will be concubines. Any kingdoms disobeying this order will be seen as enemies and have their access to the Judith River’s stream blocked.”

“The God of Judith” was an age-old love song that had been sung from generation to generation. The ballad passed from the grandma’s mouth to the girl’s, and then from that girl’s mouth it passed again to another’s. All who heard it agreed that the God of Judith was foolish.

A woman looked at the Judith River, where the god might have stood thousands of years ago, and touched her chest. A suffocating feeling clutched at her.

“The god isn’t the only one who’s foolish… Humans are the same as well… You and I.”

Viola’s long-cherished dream was not to marry, but to become the empress of the Koronis Kingdom. She longed for the crown, even more after losing her only flesh and blood in the war. Once a half-royal, she struck a deal with the king to restore her status. It was a political marriage to the Crown Prince of the Arpen Empire.

“I’m going to be the empress, and I will take my identity back.”