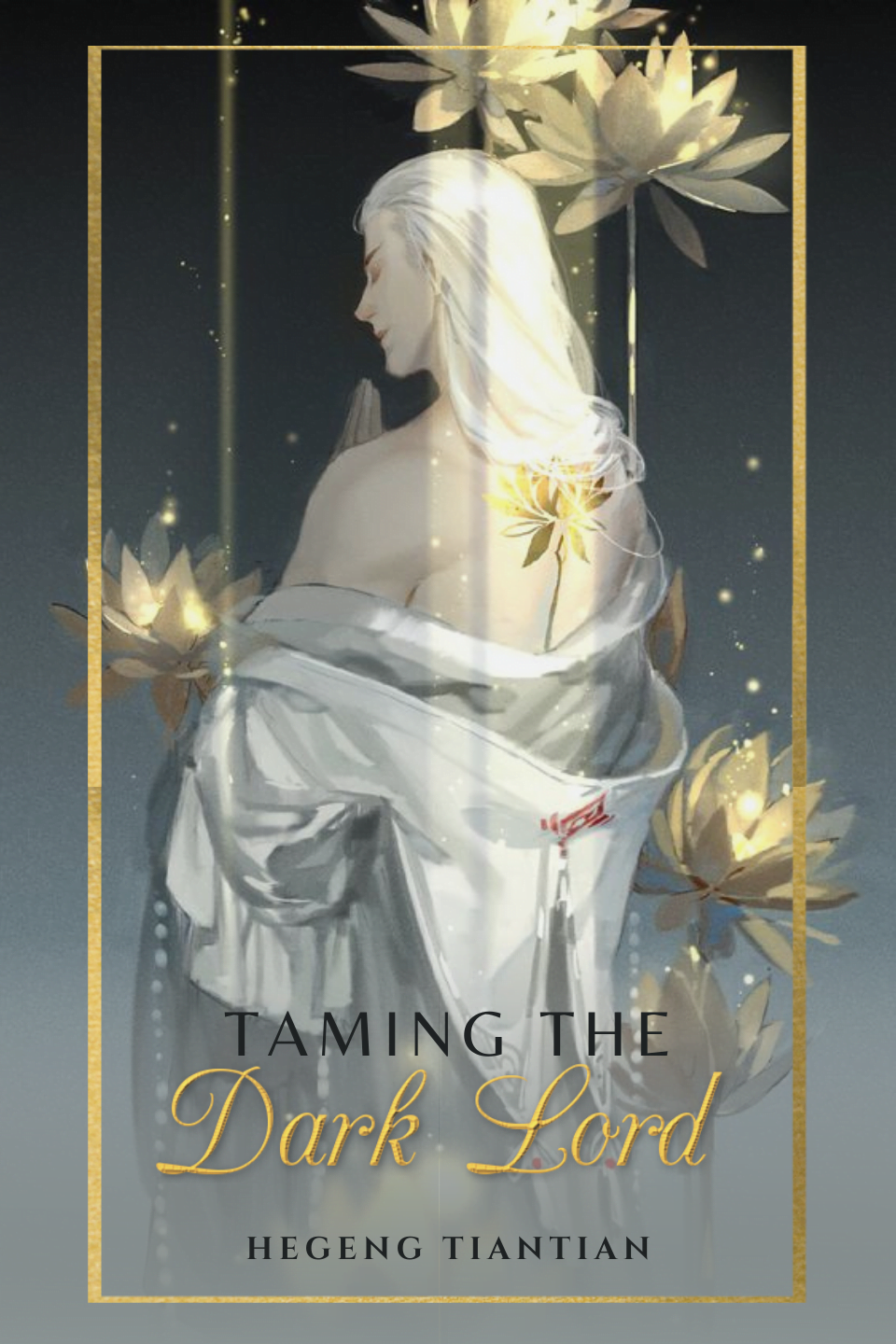 One day on the street, Amelia, a Saint of the Light, saved the life of an adorable dark elf who was already on the verge of death and was barely breathing. The little guy had a pair of scarlet eyes, pointed ears and a honey-toned skin. He also bore a rebellious personality, clearly matching his brooding appearance.

A stark contrast to her, however, he was a devout follower of the God of Darkness, a firm believer at that, too. The elf was grumpy and a menace, matched with his sharp teeth which promised nothing but pain. His mouth reeked of harsh, biting words and with his sharp tongue, he had insulted her kind by referring them as ‘lackeys of the light’.

Soon, Amelia had enough of it. Unable to control her rage any longer, reprimanded the elf and threatened the crouched form in front of her. “If you dare call me a ‘lackey’ again, don’t be surprised if I cut your pocket money off!”

One day, she opened a book. It’s been quite a while since she last read one. Her eyes skimmed the pages, letting herself be swept away completely.

[The God of Darkness was a sinister and mysterious evil spirit. He had pale hair, dark, age-looking skin and his eyes were the most scarlet pair of orbs ever seen…]

As she stumbled on such texts, she stopped reading. She straightened her back and lifted her head from the pages, and her eyes caught sight of the dark elf across her. The elf was diligently cleaning the space, too focused on his errand that he didn’t notice Amelia staring at him.

[He carried a mysterious golden totem on his back, which is shaped like a blade. Evil to the extreme in appearance…]

Repeating the lines from the book she just read, Amelia eyed the mark on the elf’s back.

[First and foremost, the God of Darkness had a brutal personality. If you dare violate His order, He would surely bestow your life with such cruelty that your soul will be ripped apart into smithereens, making your body nothing but a hollow shell that would soon be turned into ashes under his fingertips..]

Right at that second, the elf approached Amelia and arrogantly said. “Hey lackey.” He said, his eyes drifting as if in a daze. “Where is the money you promised?”

Agitated by both the elf’s approach and the book in front of her, Amelia frustratingly tore the page off its’ ream. She was upset for having bought a book that had nothing but false, misleading information. What a complete waste of money!

The Light cult was defeated soon after. The Saints who were once on top of the wheel was usurped brutally from their seats as the believers dragged the Saints away and tied their bodies into wooden posts. They wrapped the rope several times, the abaca chafing, rubbing against their skins as they were kept upright and immobile, ready to be burned at the stake.

Amelia was surrounded by raging flames. Her eyes grew wide as the fiery reds and yellows danced before her, the heat prickling at her skin and ready to set her aflame. The blaze was almost near, and her heart is pounding erratically against her chest, and she thought that she is about to kiss her life goodbye.

Up until the darkness loomed over the skyline, engulfing all the entities beneath it completely. The believers’ cheers died down, and every single tangible thing turned into ashes. The shadow neared Amelia, coming to her embrace.

It was her fierce kitten that had come to her rescue.

The God of Darkness came with a brute force, ready to kill everything in its’ wake, but it placed a gentle kiss onto the eye of the Saint of Light, trying to console the weeping woman from her distress.

Living as the Villain’s Stepmother