Shen Yichong was nervous. He was nervous that his daughter would be confused by the questions in the interview. Shen Rui, who went with them, also quickly discovered this fact. His father’s usual calmness was gone. Instead, he seemed absent-mindedly holding the phone. He seemed more nervous than he would be when he was about to make a big assessment for the company.

“Dad, you need to have confidence in Xiaonuan,” he told his dad.

Shen Rui asked to go with them today. When they arrived at the parental interview room of the kindergarten, he couldn’t help but talk to Shen Yichong. Although he was young, he was now very mature for his age. This contrast between father and son made the kindergarten teachers next to them laugh.

“Yes. Please relax. We’ll do something like a casual chat, so Xiaonuan won’t feel stressed.” The person in charge, teacher Zhou, smiled and looked at Shen Yichong.

Shen Nuannuan was taken to a separate room for the interview, and there was a TV in the parent’s room. The entire conversation next door could be clearly seen on the screen. Shen Yichong was the VIP among the VIPs. All the big-name kindergartens wanted him to send his children in.

“The interview is a way for us to understand the child’s character, knowledge level, and habits.”

For a family like Shen Yichong, there was no such thing as failing the exam. Teacher Zhou was assigned by the dean to explain the whole process for Shen Yichong and his wife. She explained every question Shen Nuannuan was asked, so as not to worry them. When a child cried during the interview, they would see through the screen that the kindergarten was not at fault.

“Okay, teacher Zhou. Thank you for taking the trouble for us.”

Yu Yaoyao took Shen Yichong’s big hand and patted him comfortably. Shen Yichong immediately held it back. He took a deep breath and looked at the screen in the room. On the screen, Shen Nuannuan, who was wearing a beautiful little fairy dress, was held by the teacher. The two of them were soon seated.

“Xiaonuan, I’m Teacher Zheng. Teacher is going to ask you the first question. Are you ready?” Teacher Zheng said.

Shen Nuannuan pinched the hem of her small skirt, neatly tidying it up in a ladylike manner. Only then did she raise her childish face and replied. “Hello, teacher Zheng!”

Teacher Zhou in the parent’s room was also relieved looking at the screen, and she praised the couple with a smile. “Xiaonuan is very polite. For the interview, we would first assess the child’s communication skills. Xiaonuan seems to be very good in this regard,” he said.

After Teacher Zhou finished speaking, Shen Yichong, who was next to her, showed a little bit of relief. His expression was much less serious than just now.

When Yu Yaoyao heard her daughter being praised, she also smiled and nodded. “Wherever she goes, people around her like her very much,” she said.

Teacher Zhou nodded, matching the compliments of the parents. “She looks cute too.”

Soon, the question and answer between Shen Nuannuan and the teacher sounded from the TV screen.

“Can you introduce yourself first? What’s your name, how old are you, and what do your parents do?”

This question was to assess the child’s communication, whether the child was outgoing or not, and whether basic thinking was already developed. There was also a hidden question, which was to test the usual communication between parents and children to see if parents really spent time with their children. Many children did not know the specific occupation of their parents even when they reached elementary school.

However, Shen Nuannuan didn’t seem to be stumped. Her big watery eyes looked at Teacher Zheng softly, like a deer.

“Beautiful teacher Zheng, my name is Shen Xiaonuan, I am three and a half years old…” she began, “My daddy is the smartest person in the world, so he can still make money even though he has been skipping work. I heard from my brother that he is the boss, so he is willful.

“Then, my mommy is a fairy that everyone likes. She relies on her beauty and excellence. She lies at home and collects money, but mommy is also experiencing hardship… It’s hard to lose weight, so she can’t eat a lot…”

Having said this, Shen Nuannuan’s little eyebrows were all wrinkled together. “I will definitely not lose weight in the future,” she announced.

After she finished speaking, she lowered her head sadly and pinched her belly. Then, while teacher Zheng was still stunned and speechless, she raised her face again.

“Teacher Zheng, is the kindergarten’s meal as delicious as my nursery?” she asked. “Um… is there a snack in the afternoon? Do we get them every day?”

When Shen Nuannuan finished, some saliva looked like it was about to drool from her face, as she was strongly affected by the thought of the meals and snacks in the nursery. Even since she went to the nursery, her daddy didn’t let her eat too many sweets. So, it can only be eaten at school.

“Yes, we do,” she said. “After a nap, we’ll have a small snack session. From Monday to Friday – the menu is different every day; there is cow milk or soy milk, small bread or biscuits, or fruits.”

They were the best private kindergarten in the area. The children must be supplemented with adequate nutrition; small but frequent meals were more proven by science to be healthy for their growth.

When Shen Xiaonuan heard this, her eyes lit up. “Beautiful teacher Zheng, can I try it today?”

Teacher Zhou in the next room looked at the interview scene that turned into a tasting scene, stunned. “… Hehe, Xiaonuan’s communication skills are… strong.”

She couldn’t help but look at the couple next to her. She found that Shen Yichong’s expression was a little stiff. Teacher Zhou felt nervous for a while.

“Xiaonuan’s logical ability is… strong!” she clarified. “She has strong survival skills.”

Yu Yaoyao’s face was full of glory and satisfaction. Her little girl was good at getting food for herself! Excellent!

“Mommy… in the future, Xiaonuan might be a cunning, sweet-looking girl,” Shen Rui said. “She inherited daddy’s IQ and mommy’s beauty…”

After pondering for a while, the little bun clicked his tongue. “It’s terrible!”

TN: This marks the final chapter for this novel. Thank you so much for having stuck with us during all this time and supporting us throughout! This novel will always have a special part in our hearts and we are glad to have you all along the ride. Yu Yaoyao, Shen Yichong and Little Bun and sweetheart and the rest of the casts are signing off!
If you are looking for another romance novel to binge, you might find out new novel interesting:  would you like to read a modern romance novel of a level-headed secretary and guess who’s the male lead? Please check out our new novel! 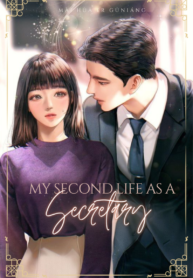 My Second Life As A Secretary – Lunar Letters

He Zening had always felt that novels depicting the life of a Company President were good for passing time, but insulting to the IQ. Still, having read countless novels of this genre, never did she imagine that someday she would transmigrate into one of them. To make matters worse, the plots were so similar that she could not remember which novel it was. She was left with no choice but to assume the role of a secretary to the President.

The secretaries in novels ran errands for the President, assisted him in pursuing women, helped him keep the flames of love burning, and even took the blame for him if necessary. But a real-life secretary? They were blamed by those in power, sometimes hurt and reprimanded wrongly.

If it were not for the excellent pay and necessity, she would have already bolted out of the door. And like all curious bystanders, He Ze Ning wanted to see the plot happen before her eyes; the President meeting the protagonist! A villain standing between the love of the leads! The side characters!

This is the second life of a level-headed, diligent secretary working hard to achieve a carefree life, whilst being dragged into the plot.

Thanks for reading this chapter! Please consider supporting this novel by leaving a review on Novelupdates! If you want to support the Lunar Letters team, you can do so by pledging to us on Patreon and get to read advanced chapters of our novels!

Browse the Table of Contents or Become a Patron now

Patreon is not compulsory. Patrons are able to read ahead, but chapters will still be released to the public at a later date. This is only one way to financially support the team and keep the site running. Thank you very much!