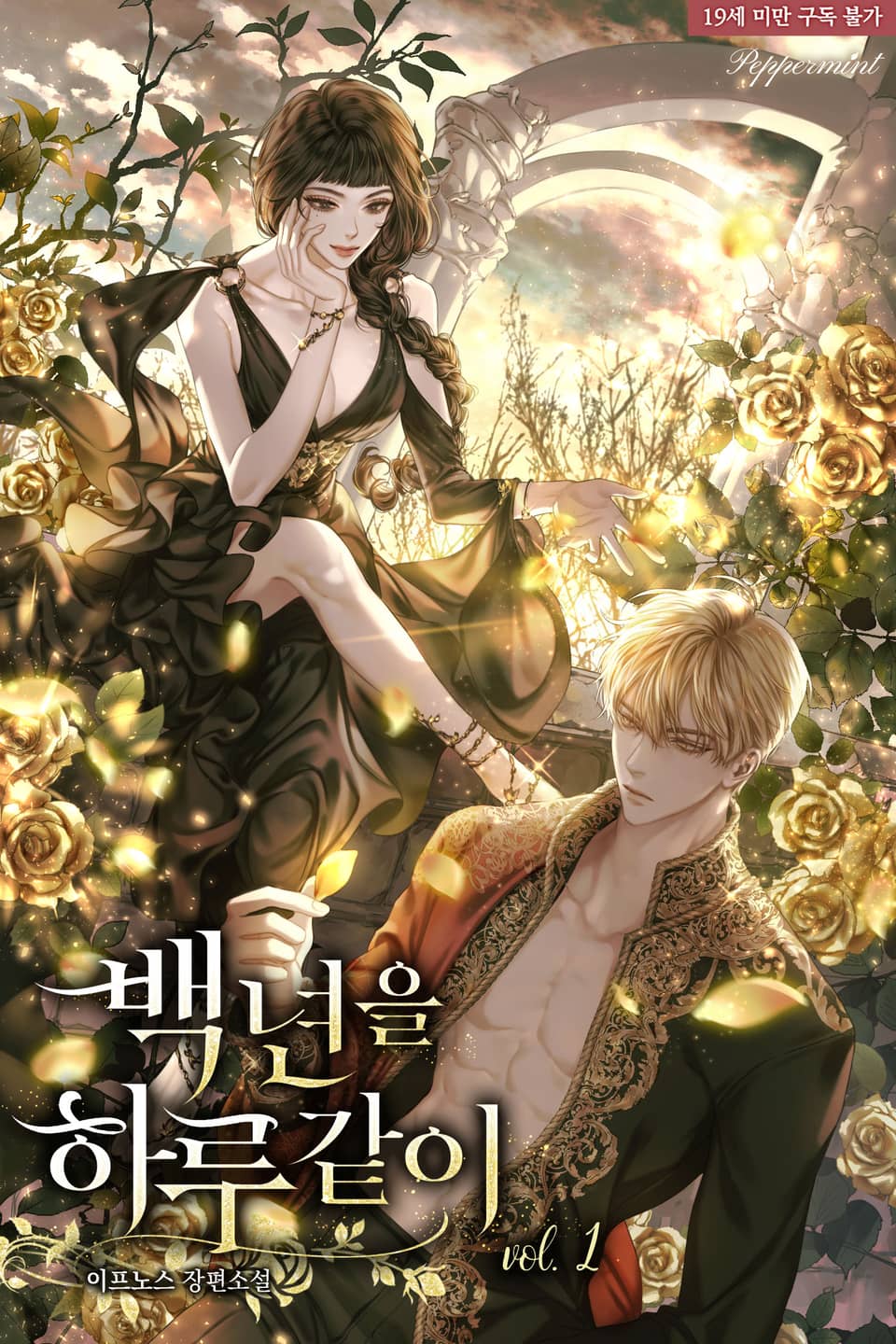 ‘I died and became an extra in a male-dominated fantasy novel. The only problem was, I hadn’t read the novel to the end. One thing I do know is that a terrible future awaits me, and thus, I, now Dalia, have decided to live a safe and prosperous life for the rest of my time here.

Since I don’t know what will happen, I will be a bystander observing the main character from the sidelines… I’ll make my own happy ending away from the main plot!’

With that determination, Dalia embraces the role of an extra. And like all extras, she clings to a golden thigh: Kaichen, the powerful wizard who is unwaveringly loyal to the protagonist.

For Dalia who wants to have a happy ending, it was imperative to extract herself from the novel’s plot… Yet her calm life is shaken when a flirtatious romance begins to bloom between her and her golden thigh.

Will she be able to resist the temptation?